The party is organized in honor of our incredible friend Radosveta Krastanova, co-founder of the Network Place for Future, and the occasion is precisely her jubilee!
Come to celebrate together! 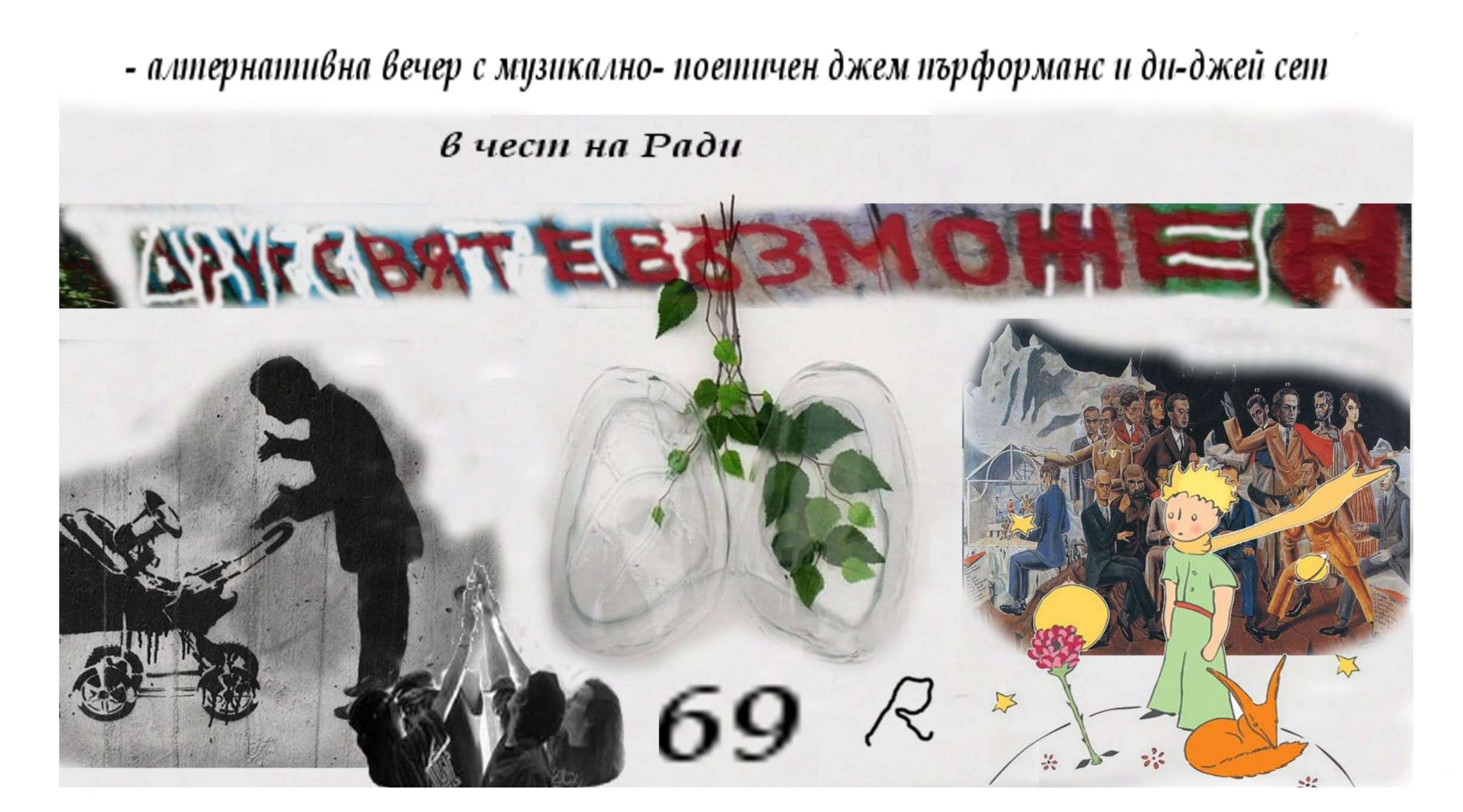 When first cosmonauts captured for the first time our planet from the outside, a new world was conceived – globally fragile and threatened by extinction, but endowed with the alternative of becoming what we have always been called to be, but we have never been . The alternative hope for our future, conceived in 68, after 9 months, was born and embodied in the bodies, in the souls and in the spirit of a whole generation – 69 – the first generation of the Earth – home, of the planet –  global village – who had the chance to live without the millennial fetters of our ancestors, the first generation to bear in their blood the alternative of a future with a human face, given as a chance for all people without exception.

To recall the one – the human – the person Radosveta Krastanova of this incredible generation 1 half a century after her birth we will dive together in the spirit of the alternative culture and spirituality of freedom, personality, dignity and love we grew up with – the alternative horizonts in alternative music, poetry, play and a soul from the late 1960s to the present.

And everyone in the world is invited!