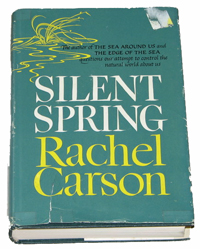 Here you will find articles, you will learn more about the classic green ideas or discoveries of classical thought and art related to the culture of the Environmentalism.

In order to fathom the heterogeneous essence of Environmentalism, we have to focus our mind on two opposite dimensions of this new philosophical, practical, lifestyle and worldview paradigm:
as a new misanthropy, on the one hand; and on the other: on ‘green paradigm’ as a new type of humanism. The new green misanthropy considers the human species as a major danger for all life on earth: the main enemy of the human species is the human species itself. This leads to an absurd conclusion: to save humankind, we must destroy humankind. The opposite face, that of ‘green paradigm’ as a new humanism, and especially the fact that eco-humanism is not anthropocentric, because its fundamental value is diversity, are still not well understood. According to eco-humanists, the human species is not perceived as valuable in isolation, per se, but as part of the diversity of life in general. This view does not devalue women and men but gives a different type of value to humanity: human beings are not valuable as dictators dominating over everything else, but as part of a large family of interdependent organisms, symbiotically interconnected in a complex living system – the Earth, which is our only homeland: a common home of all people and all other life forms, an extended family, where the health of each member is important in its own way, mainly in its difference from others. This analysis also debunks many environmentalist myths, showing them to be inconsistent, contradictory and mutually exclusive. The main reason for their
popularity is the lack of understanding of the value system of eco-humanism as a new paradigm that is based not on confrontation of ideas and judgments but on their paradoxical combination. Green values do not exclude anything: rather, they incorporate it into a new reading of the entire heritage of Western modernity and all other human cultures. New environmental logic is based on polycentrism and dynamic interconnection, which allows it to reconcile the irreconcilable in certain unexpected new ways within which emerges a new humanism of diversity and relationship. Internationally renowned photographer Yann Arthus-Bertrand makes his feature directorial debut with this environmentally conscious documentary produced by Luc Besson, and narrated by Glenn Close. Shot in 54 countries and 120 locations over 217 days, Home presents the many wonders of planet Earth from an entirely aerial perspective. As such, we are afforded the unique opportunity to witness our changing environment from an entirely new vantage point. In our 200,000 years on Earth, humanity has hopelessly upset Mother Nature’s delicate balance. Some experts claim that we have less than ten years to change our patterns of consumption and reverse the trend before the damage is irreversible. Produced to inspire action and encourage thoughtful debate, Home poses the prospect that unless we act quickly, we risk losing the only home we may ever have.

Water – source of life and conductor of emotion

University Club of Ecology and Sustainable Development UNECO
project “Place for the future”
presented :
Water – source of life and conductor of emotion
The world is facing a water deficit
seminar discussion on “Water”. [...]

The seminar “Water” performed by the University Club of Ecology and Sustainable Development and Project  “Place for the future,” attracted great interest in November. So on December 17, 2008 UNECO club organized for the topic again in 65th audience Rector of Sofia University “St. Kliment Ohridski “. The club presented its presentation [...]

One thought on “- New classics”