Shtastlivetsa Sofia Civic Association is a public non-governmental organization founded on 1 June 2006. Shtastlivetsa’s primary goals include improving citizens’ life quality through formal and informal education methods, awareness-raising campaigns, organizing debates on a wide variety of topics concerning the general population, publications (the Place for Future: Year One anthology), maintaining the innovative education website http://placeforfuture.com, and coordinating the PLACE FOR FUTURE network, a broad alliance for informal and alternative education. Our priority over the recent years has been the introduction of sustainable development education and good practices into Bulgarian curricula; and bringing together Bulgarian academic circles with genuine civil initiatives and good practices of civil participation. 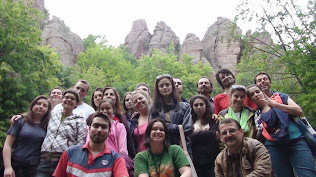 Shtastlivetsa’s ‘trademark’ are travelling seminars and universities. Traditionally, we have organized them in Western Stara Planina since 2009, on the principle of interdisciplinary education through field demonstrations and practice (observing good practices, attending seminars and discussions, and writing student analyses on various subjects related to regional and local sustainable development).Our events have been attended by lecturers from several Bulgarian universities (Sveti Kliment Ohridski Sofia University, New Bulgarian University, State University of Library Science and Information Technologies, University of Architecture, Civil Engineering and Geodesy), researchers, experts, practitioners of alternative education, agriculture, construction, tourism, etc., members of local communities, and students. These events are open to volunteers. Our most recent initiative integrated a French partner too: the Dijon Human Sciences House, France. You can find more about it at http://placeforfuture.org/?p=1173&lang=en. 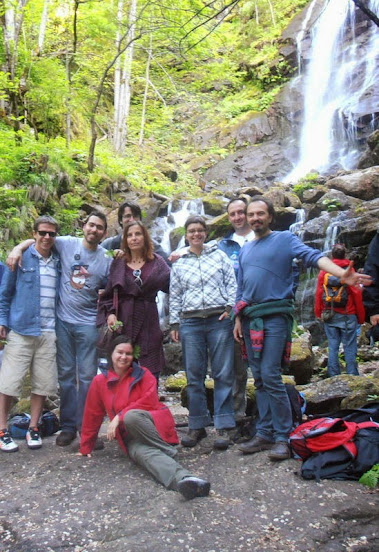 Shtastlivetsa is governed by a board consisting of a chairperson, an executive director and an administrative officer. It has more than 30 members, almost all of them younger than 35. Besides these official members, Shtastlivetsa relies on the support of volunteers, mostly university and high-school students. A major portion of the participants have an academic background: as university lecturers (at Sofia University, NBU, the State University of Library Studies and Information Technologies, the Blagoevgrad International Business School), researchers at the Bulgarian Academy of Sciences, PR and public event organizers at NGO, students. Some participants work as experts in environmental organizations and NGO dedicated to building up a civil society (such as WWF – Sofia, Center for Debates Red House – Sofia).

History of the Association

The Story of Shtastlivetsa Civic Association in pictures

Shtastlivetsa emerged from an informal civic campaign dealing with the waste crisis in Sofia. Even before its official registration, the then citizens’ group gained the right to participate in the Civic Council at the Environment and Water Commission of the Sofia Municipal Council (February 2006). Shtastlivetsa’s early activities were local (a project for civic advocacy in improving the dialogue between the Sofia Municipality and the inhabitants of the localities affected by the waste crisis; funded by Open Society Institute, Sofia). Since the spring of 2006, all members of the association have actively participated in the campaign for protecting Irakli and the virgin places along the Bulgarian Black Sea coast, and together with other civil groups and organizations have contributed to organizing a petition for Irakli and the Black Sea coast, public campaigns and university seminars about Irakli and about implementing the European network of protected areas Natura 2000 in its full version. The association took part in a number of national environmental civil campaigns (such as the Zero Waste civic coalition for the comprehensive resolution of the Sofia waste problem, Let’s Save Irakli civic network for protecting the last undeveloped beaches along the Black Sea coast, and the Eco-family civic coalition for upholding the full range of the Natura 2000 network in Bulgaria, against various violations in protected areas, nature and national parks, against the production of genetically modified crops in Bulgaria).

Since the spring of 2006, Shtastlivetza is an active member of the For the Nature Coalition. The coalition’s accomplishments include securing the full range of the Natura 2000 environmental network in Bulgaria (34% of the country’s territory), a ban on swapping state forests and lands for private property, the drafting and passing of one of the most restrictive GMO acts in the entire EU, conservation of natural resources which are valuable from a symbolic, socio-cultural or economic point of view (collaboration with the three branches of government: participation in the legislative process, judicial decisions for the public benefit, a constant dialogue with and pressure on the executive power). Shtastlivetsa plays a specific role in the For the Nature coalition: it deals with environmental and civic education toward sustainable development, employing a wide gamut of traditional and innovative methods.

The Story of Shtastlivetsa Civic Association in pictures

PLACE FOR FUTURE – The Project and the Education Network 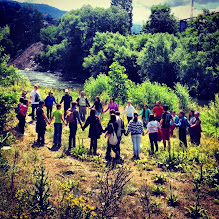 As part of the Place for Future project, a Master’s programme in Environmental Management was established in NBU in 2009. Courses in Environmental Policy and Sustainable Development were integrated into the NBU Bachelor’s programmes in Political Science, taught both in French (since 2009) and English (since 2013). The Culture of the Future optional course and fieldwork was introduced at the Faculty of Philosophy at St. Kliment Ohridski Sofia University (2008 to 2011). These are the first academic courses dedicated to the connection between policy and environment in Bulgaria.

Shtastlivetsa’s education campaigns are based on an interdisciplinary approach. The Open-air University project and the Unknown Vitosha interdisciplinary student fieldwork (2011) helped develop the partnerships which gradually grew into Shtastlivetsa’s most vital accomplishment so far: the Place for Future education network (2013). The network consists of education actors (universities), research centres, NGO, informal civil initiatives, municipalities, individual experts and citizens. You can find a detailed presentation of Shtastlivetsa’s projects and the Place for Future network at http://placeforfuture.org/?page_id=897&lang=en

Almost all members of the network participate in other formal or informal organizations and civic initiatives. Shtastlivetsa supports and promotes its members’ individual projects; most recently, these have included a Bulgarian and German student exchange (2013-2014), an exchange of Bulgarian and Serbian educational practices in the cross-border region of Western Stara Planina (2013) , and a project for constructing a centre for informal education in Studentski Grad (Student Town) in Sofia (2013).

Shtastlivetsa has over 30 members and over 150 volunteers and supporters. Its Board consists of Radosveta Krastanova, chairperson, Petar Kanev, executive director, and Lyudmila Ivanova, administrative officer. All decisions are made by consensus. Participation in the association is open, flexible and informal. The majority of the members are young, under 35, which determines the dynamic nature of the organization. Their professional and social profile is extremely broad: university lecturers, researchers, PR and public debate organizers, NGO experts, translators, publishers, students … 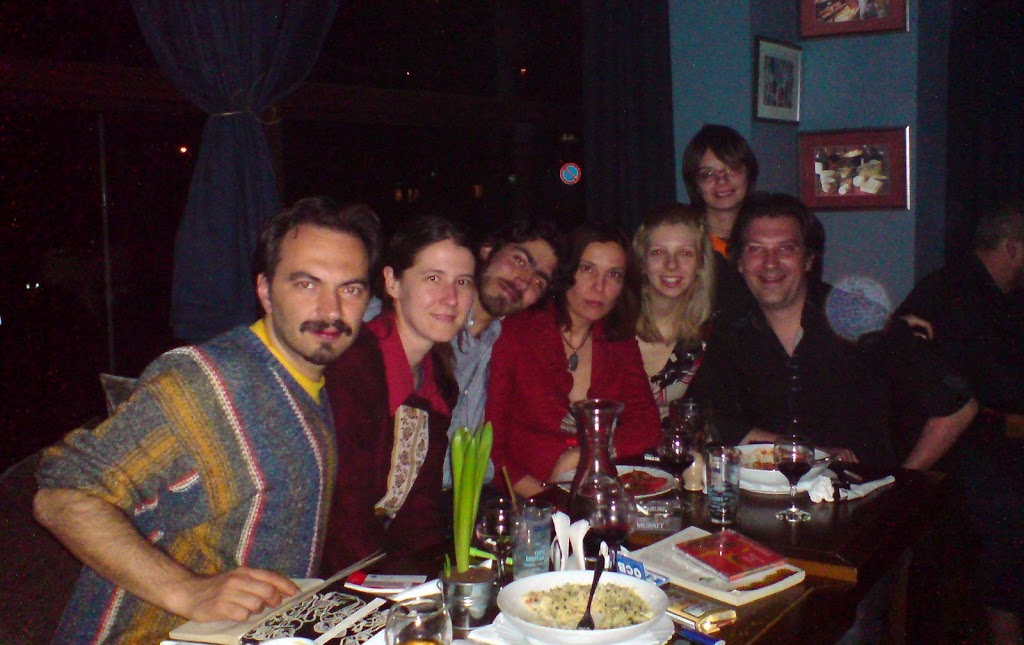 Other active supporters have been: The name Shtastlivetsa (’The Happy One’ in Bulgarian) largely expresses the values uniting the association. It combines the byname of our most famous citizen and environmentalist – the great democrat and life-affirming writer Aleko Konstantinov; the most popular region in the Vitosha mountain; and happiness: the state of mind that one enters when participating in the public processes actively and with a pure heart.

The association strives for creating interconnections between people with common values and fostering a wide public debate on the major issues connected to our natural living environment.

The idea of the association is to bring together concerned citizens from different professional and social areas in joint actions on key issues of  public interest.

The main objectives in the Shtastlivetsa statute include: Achieving real and effective civil control over the work and decisions of state and municipal authorities; participation in the decision making and implementing processes; Improving the living environment of the people in Sofia; Achieving transparency and awareness of the citizens of the actions of state and municipal authorities.

In Shtastlivetsa, we are connected by the values and practices of civil competency and activity, the awareness of the necessity of civil education, the protection of nature, including human nature and the love of people, life and living nature – the love that brings happiness.

Excerpts from the Shtastlivetsa’s Statute

Art. 5. The association performs activities for the benefit of the public, namely, actions directed at the expansion of civil control over the work and decisions of all state and municipal authorities; participation in the making and implementation of their decisions.

Chief goals of the association

Art. 6. The chief goals of the association are:

1. Achieving a genuine and effective civil control over the work and decisions of all state and municipal authorities; participation in the making and implementation of their decisions.

3. Achieving transparency and a high level of citizens’ awareness with regard to the actions of state and municipal authorities.

Means to accomplish the goals of the association

Art. 7. The means used by the association to accomplish its goals are:

3. Organizing rallies, demonstrations, protests and other activities not prohibited by law.

For the period 2006-2008, Shtastlivetsa Sofia Civic Association took part in the following initiatives and actions:

- Official communication with competent authorities on a local, national and European level and application of the legislative regulations for information access together with other civil initiatives, organizations and active students from New Bulgarian University, Sofia University, Southwestern University, University for Architecture, Civil Engineering and Geodesy, University of National and World Economy and other universities;

- Launching and organizing petitions and presenting them to the competent authorities (petition for preservation and protection of the Black Sea coastline and Bulgarian nature in the Bulgarian National Assembly on 23 Jan 2007 and in the European Parliament on 21 April 2007);

- Organization and holding of consultative public meetings and debates;

- Permanent civil participation in the Sofia Municipal Commission of Environment, Waters and Forests (with the right to put forward statements, recommendations and proposals, all to be voted by the commission);

- Co-organizing and participating in rallies and demonstrations against the illegal garbage baling, incl. a joint rally of all civil initiatives and NGOs committed to resolving Sofia’s garbage crisis;

- Co-organizing and participating in rallies and other events in defence of Natura 2000, Irakli, Rila, Strandja, along with other civil initiatives and NGOs;

- Organizing and holding discussions, seminars and other academic events concerning the main topics of interest for the Shtastlivetsa Association (seminar-discussion “Europe, Natura 2000, civil society”, debate with Stavros Dimas – EU Environment Commissioner, student event “What did you do for the Earth?” on the occasion of 22 April 2007, Earth’s Day, screening and discussion of the documentary Water in New Bulgarian University under the “Beautiful Science – Living Memory” project, “Urban planning, regulation, nature and sustainable development” debate at the University for Architecture, Civil Engineering and Geodesy – Sofia);

- Preparation, publication and distribution of reviews and scientific reports on civil participation in nature protection in Bulgaria (Bluelink, For The Nature site, Save Irakli site, scientific symposia published by New Bulgarian University);

- Cooperating with and supporting civil initiatives (Save Irakli, Save Rila, Save Strandja)

- Initiation and participation in environmental coalitions (Zero Waste coalition, For The Nature coalition);

- Conducting individual expert consultations for interested local parties and people and for representatives of civil initiatives;

- Filing a case against the Regional Inspectorate for Environment and Waters (RIEW) – Sofia for violating environmental legislation;

- Forming a team committed to implementing an inter-university civil campaign promoting the principles and values of civil participation and sustainable development – the Place for Future team;

- Strengthening the existing partnerships and creating new ones with members of civil initiatives, NGOs and the academic circles. 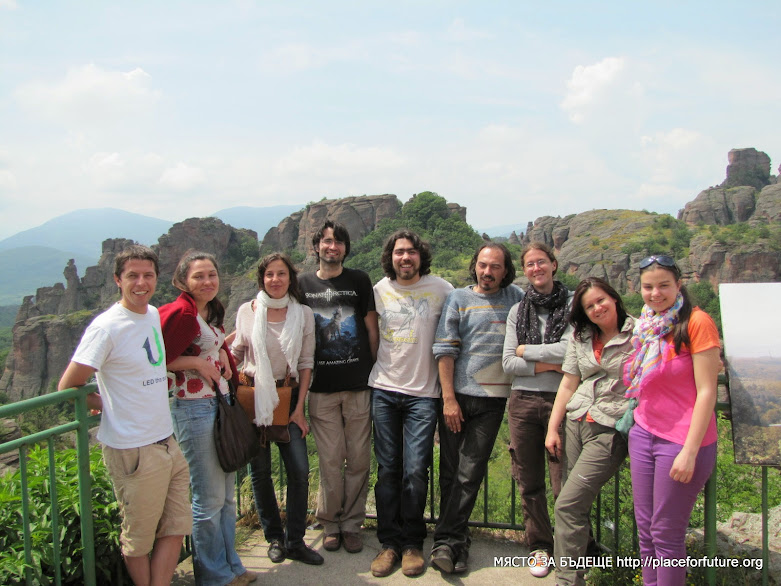