The region of Chiprovtsi and Western Stara Planina has often been labelled as the poorest one in the European Union. At the same time, it is one of the richest in ancient nature, history and culture in all of Europe. Its past-future is associated with the oldest remains of human beings on the continent and some of the oldest civilizations in the world, with the first European alphabet and the first Western university in Bulgaria, with the origins of Renaissance Europe: remarkable specimens of art and spirituality, of goldsmithing and weaving, of enlightenment and European diplomacy, of the first modern European self-identification in Bulgarian culture. Chiprovtsi’s history still keeps numerous secrets and offers new horizons to our knowledge and self-awareness. 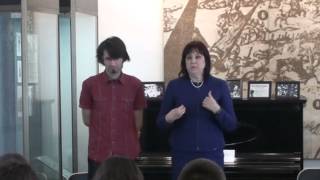 Chiprovtsi is unique in that its link between past and future has never been broken over the millennia. It gives us an opportunity to recall who we are and ask where we are headed. The site from where we human beings once entered Europe is also a site where we may look for an answer: which way now? And we may find this answer: in the air of sensitivity and mysterious depth that permeates everything; in the old houses and pristine mountains with their spirit that captures the ancient symbols, still alive in the tradition of Chiprovtsi carpet-making and the ancient local rites: the immaterial treasures that we can discover, not by digging the earth, but by looking around ourselves with enlightened eyes and minds. The pristine state of the Chiprovtsi Municipality is a unique opportunity for developing the entire region in a sustainable way, towards our common future on planet Earth.

By drawing attention to the Municipality of Chiprovtsi, the members of Shtastlivetsa and their partners hope to infuse new life into the region of Western Stara Planina: a cultural endemic and relict, a living treasure from humankind’s past offering hope for humankind’s future, a dying Noah’s Ark still waiting to be awakened. Shtastlivetsa has been working for years with the local community towards opening the gates of Western Stara Planina to the large European family: to its knowledgeable scholars and practitioners and to its enlightened young people—the future of Europe, whom we still may give the faith in a fair life of dialogue and understanding on our only possible home in the Universe.

Place for future in the Madona Guest-house in Belogradchik

Place for Future in the Falkovets hamlet near Belogradchik